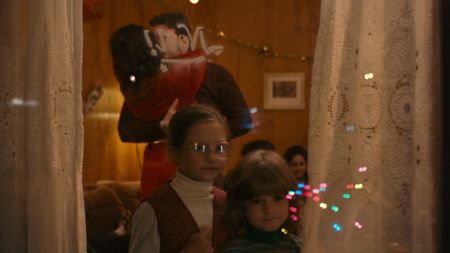 Itâ€™s late on Christmas Eve of 1983, and eight-year-old Julie and her younger brother Mathieu are at a party at their grandparents waiting to be picked up by their dad. But Dad is sitting in his car parked just outside of the house, dreading the moment of facing his ex in-laws and his former wifeâ€™s new partner. For him, leaving the car would mean entering the cheerful atmosphere of a new world that he doesnâ€™t belong to anymore. Subtitled.

In this powerful and thought-provoking dark comedy, the themes of identity and discrimination unfold during a train ride between two stations as an African-American, an Arab-American and a white man try to rob a train. However, no one wants to rob their own race.

As Nazis separate children from their parents in the Warsaw Ghetto, a gang of women risks everything to smuggle their friend's three-month-old baby to safety. Inspired by true events. Subtitled. 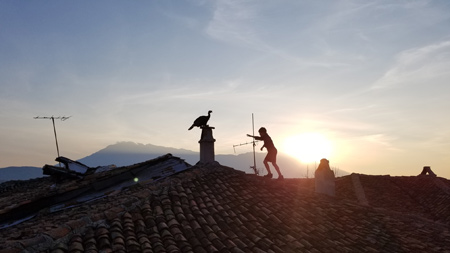 In the tiny castle town of Berat, Albania, each family is bustling in preparation for a grand turkey feast for tonight's New Year's celebration. A restless young boy finds himself on an adventure of a lifetime when he accidentally lets the wily family turkey--tonight's main course--escape the pen, leading to a thrilling chase throughout the labyrinthine cobblestone fortress. Subtitled. 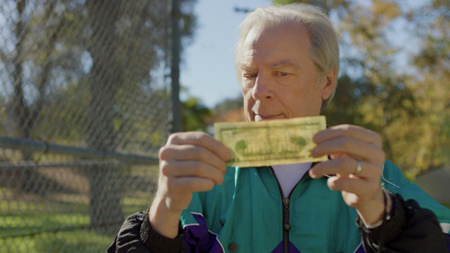 Winner of Audience Award at the Atlanta Film Festival

This short comedy, starring Michael McKean (This is Spinal Tap, Better Call Saul) involves a daughter and her eccentric father (McKean), separately struggling to cope with a tragedy. When Daddio comes to visit, they will have to work together to reconcile their unorthodox approaches to grief.